Update, 17 November: A video recording of the webinar is now available below 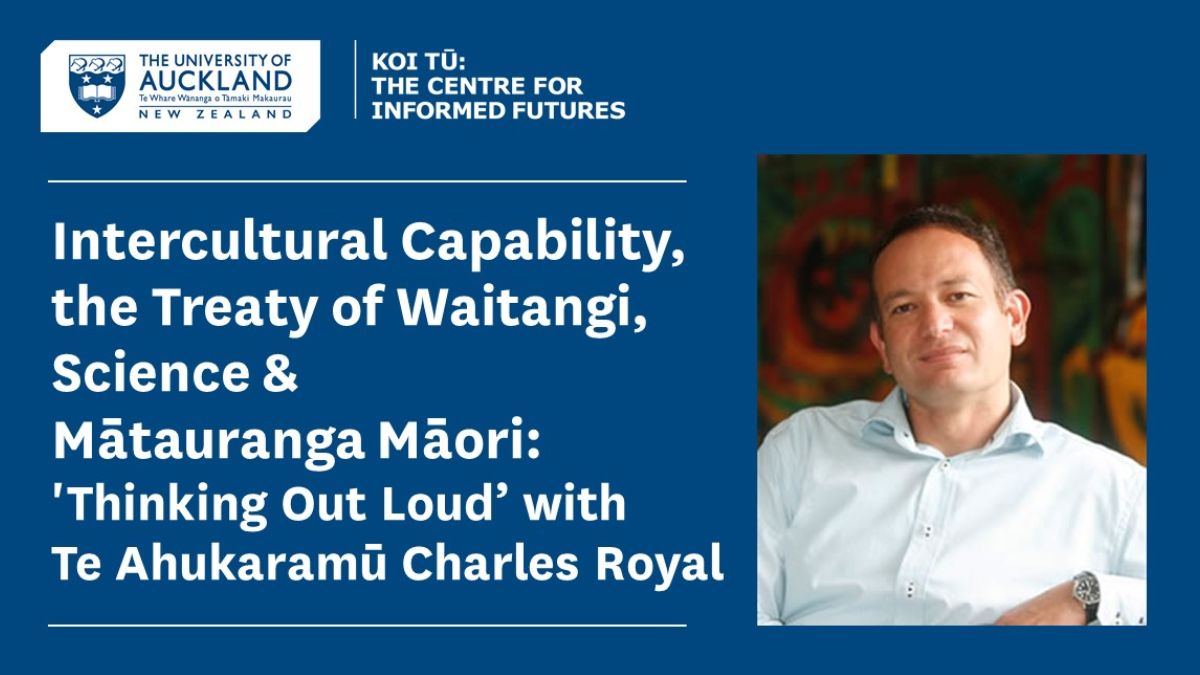 In this seminar, Koi Tū member Te Ahukaramū Charles Royal will share some of his ‘thinking in progress’ on the theme of intercultural capability – a suggested new way forward for cultural relations.

Charles was the author of Vision Mātauranga, a Māori-relevant policy implemented into the New Zealand science system in 2005. He also provided thought leadership to the Ministry of Education around the purpose of education from a Mātauranga Māori perspective.

He describes the purpose of intercultural capability as the need to ‘create space’ where two or more systems or traditions may have positive encounters with one another and whereby entirely new knowledge and values are created. However, such a positive encounter is not possible without honouring the existing legacies and traditions.

Leaning on his experiences in theatre studies and the arts, Charles will present a theoretical model of intercultural capability. He has advanced his thinking through his role as a board member for Tāwhiri Events and Experiences, (the governance entity that oversees the Aotearoa New Zealand Arts Festival, the Lexus Song Quest, and the Wellington Jazz Festival).

Charles will discuss this model in light of the Treaty of Waitangi, and an envisaged and positive encounter between kāwanatanga and tino rangatiratanga. In this context, Charles has been exploring the idea of ‘an indigenously inspired western democracy’ and what this might hold for Aotearoa New Zealand.

Charles will also discuss intercultural capability with respect to relationships between science and mātauranga Māori – areas where Charles believes fruitful and valuable outcomes can be achieved. He will touch on similarities and differences between these two knowledge systems, but will focus on the idea of a ‘new knowledge system to come’ rather than contests between existing traditions.

He holds a PhD in Theatre Studies (1998) from Victoria University of Wellington and, among numerous other projects. Charles has been a researcher and thinker of mātauranga Māori for more than 30 years and has published six books and numerous monographs on the topic.