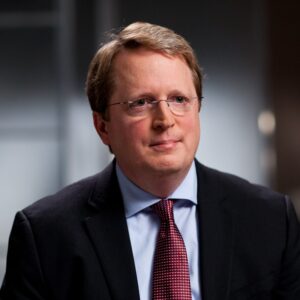 Paul Hofheinz is president and co-founder of the Lisbon Council, an independent, non-partisan think tank and research centre based in Brussels, Belgium. It was founded in 2003.

At the Lisbon Council, Mr. Hofheinz manages the association on a daily basis and is responsible for strategic oversight, including growth, publishing and development. He also maintains a personal research programme, writing, publishing and speaking on topics as diverse as artificial intelligence, the future of work, innovation, startups, the knowledge economy, human capital, growth-company finance, economic reform and European politics. He frequently appears on the BBC, CNBC and Bloomberg, and has written for or been quoted in more than four dozen leading newspapers and academic journals. In 2017, he led a strategic work programme for the Government of Estonia, collaborating with Europe’s leading digital administration on digital government and strengthening Europe’s footprint in the data economy. In 2011 and 2013, he served as strategic adviser to the Polish and Irish governments, respectively, during their European Union presidencies. He is a member of the European AI Alliance, a high-level sounding board on future technologies led by the European Commission.

Previously, Mr. Hofheinz worked as a writer and editor at The Wall Street Journal, covering such diverse topics as European integration, financial-market regulation, emerging markets and Russia. In 1998-1999, he was managing editor of Central European Economic Review. Prior to that, he was associate editor of Fortune. He began his career in London as a reporter for Time magazine.

Mr. Hofheinz holds a Master of Science (MSc) degree in the government and politics of Russia from London School of Economics and a Bachelor of Arts (BA) in history from Yale, where he received the prestigious John Addison Porter and Dean Henry P. Wright prizes upon graduation. He speaks fluent English, French and Russian.